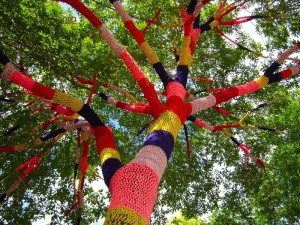 Many of you who may be regular readers of my Blog know that I normally focus on Self, and spiritual wealth. It has been said that we can not live on air alone and money, when pursued responsibly can help many people achieve dreams.

1.      Have a Dream and Pursue it – Thomas A. Edison, the guy who invented the light bulb, was not successful in everything he did. When asked by his assistant, having failed to perfect the light bulb for the 9,999 time, when he was going to give up, his response was “Give up, why? After I have just discovered the 9,999 way NOT to make a light bulb – I must be close now!” he also said “Genius is one per cent inspiration and ninety-nine per cent perspiration.”

2.      Believe in a Cause and Focus on the Positive – Nelson Mandela believed in a just and fair society in South Africa. Rather than spending his time berating his oppressors, he spent his time working out strategies of how to integrate the races. He said “As we are liberated from our own fear, our presence automatically liberates others.”

3.      Create opportunities from disasters – John D. Rockefeller, who is better known as one of the most successful people of all time, built his empire on oil. He also defined the structure of philanthropy as we know it today. He said “I always tried to turn every disaster into an opportunity.”

4.      Make Meaningful Decisions– Tony Robbins, the motivational speaker was broke aged 25. He had access to more mentor training, than most of us will ever dream of, but it just had not clicked. Until one day he decided to be a success and did something about it. Running 11 companies, commanding $100,000 for a single seminar, He Said “It is in your moments of decision that your destiny is shaped.”

5.      Be Prepared to Change – Jack Welch, the legendary leader of General Electric, has an annual retirement income of $8million. His final salary was $94million. Jack Welch believed wholeheartedly in people and he knew that by giving them self confidence, they would operate at their best. He said “Change before you have to.”

6.      Spot opportunities and Act on them – One of Sir Richard Branson’s books is titled “Screw it – Lets Do it.” The Virgin tycoon, entrepreneur and billionaire always believed in having a go. He started life as a journalist and turned entrepreneur to save his magazine. With multiple companies, and a huge net worth, he said “Business opportunities are like buses, there’s always another one coming.”

One of the most important decisions you can make today, after your spiritual health,  is to decide to be financially free at some stage in your life. Over 95% of retired people rely on the government to provide them an income in retirement.

In Ireland, huge property increases led to massive retained equity, which meant people borrowed more – then came the crash and unemployment and poverty has soared. What happened?

How will you become financially independent? If you can actually picture yourself that way and reinforce that image regularly, you start to think in a more financially astute way. Combining what you learnt here, with the other articles in the series, should guarantee your future security.

All you need is the will and self belief!